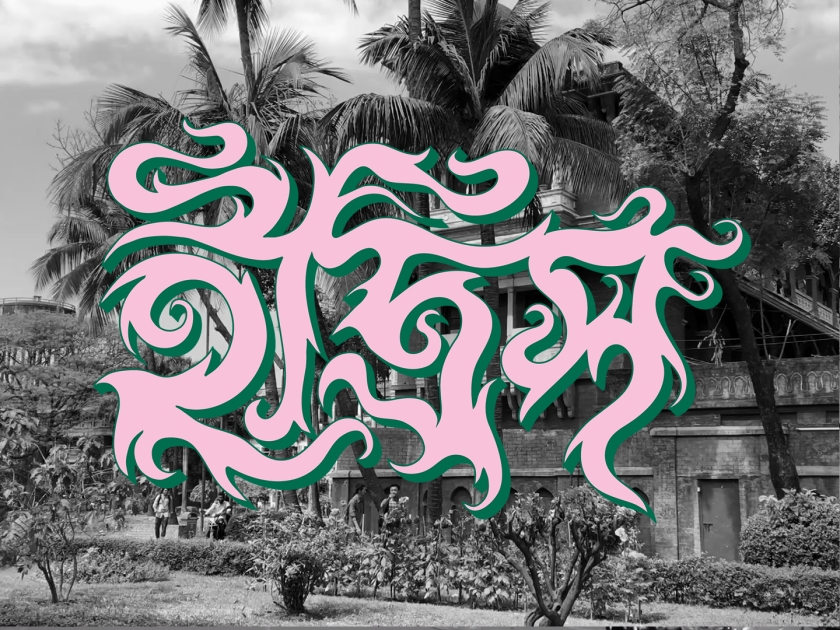 Constructed from a bricolage of contemporary film, animated sequences and archival footage, Idrish (ইদ্রিস) tells the moving, powerful and affirming lifestory of Muhammad Idrish. A social worker, trade unionist and anti-deportation campaigner who has lived in Birmingham for over 40 years.

Muhammad Idrish emerged as a key figure in an earlier film by Adam Lewis Jacob, People Meeting in a Room (UK, 2020) which was produced with Vivid Projects as part of Animate Project’s polytipch of films about the changing nature of contemporary employment: WORK. People Meeting in a Room responds to the archives of the Birmingham Trade Union Resource Centre (TURC)* which are stewarded by Vivid Projects. Muhammad Idrish appears in the archive as both an activist in the NALGO and later Unison trade unions, and also because of his work at the centre of the Birmingham Anti-Deportations Campaign.

Muhammad Idrish became involved in the Anti-Deportation Campaign because in the early 1980s he had himself been subject to threat of deportation by the Home Office. This was successfully resisted after a long, hard fought and tenacious campaign. A campaign which secured impressive and unprecedented support from the anti-racism movement, trade unions and parts of the establishment including MPs and local newspapers. Prior to Muhammad Idrish’s ultimately successful fight against deportation it was unusual for trade unions to involve themselves in immigration matters. However, as a NALGO member he and other grassroots members persuaded the trade union’s hierarchy to take up the case and solicit support and solidarity from the wider labour movement. Their success in creating a broad based campaign drawing on both direct action and more official civil society channels provided a template that was successfully utilised by anti-deportation campaigners on numerous occasions in the years after Muhammad Idrish’s final victory against his deportation order in 1985.

Idrish (ইদ্রিস) stems from and builds upon the story told about work, trade unionism and activism in 1980s Birmingham presented in People Meeting in a Room. The majority of the film’s narration consists of Muhammad Idrish relating the story of his life. Whether in the present day discussing his childhood and university education in Bangladesh, or via archival footage from the 1980s and 1990s, where he discusses fighting his eviction and how it gave him the tools and the desire to fight for other people facing the same threat. These two strands are woven together by his wider thoughts and reflections, wisdom gleaned over the course of more than seven decades, about what truly matters in life. Most of the rest of the narration in the film, besides some beautiful and moving Bangladeshi poetry by Kazi Nazrul Islam, is archival news material illustrating the wider history of immigration to the UK from all parts of the former British Empire after World War II. This situates Muhammad Idrish’s story and life experiences in a wider context, a narrative highlighting both the good, the bad and ugly about how communities of colour have been received in post-war Britian.

Despite exploring these issues, and the reality that the racist laws, practices and attitudes Muhammad Idrish and his comrades fought against four decades ago remain pervasive, and in some instances have actually intensified, it is a very hopeful and uplifting film.

The archival material is brought to life by a short burst of animation throughout the film. These sequences take the graphics, cartoons and photographs found in yellowing political newspapers, activist’s pamphlets and campaigning leaflets and allow them to dance about the screen enjoying a new burst of life. Much like People Meeting in a Room before it, Idrish (ইদ্রিস) shows that whilst the campaigns documented in archived publications and videotapes might be long ended, because the issues have not changed, the nature of power hasn’t changed, and the capitalist system with all it’s hierarchy’s and divisions remains intact, so they stay alive and relevant.

In many ways Muhammad Idrish’s lifestory is testiment to this. Much of the film besides the archival material consists of video made during a trip Adam Lewis Jacob took with Muhammad Idrish to Bangladesh in early 2020. These sequences are either in black and white, or in a manner recalling old 16mm or 8mm colour cine film, despite obviously having been taken during the present day, which has the effect of also situating them in a realm which could be the past or could be now. In these sections we visit the village where Muhammad Idrish grew up, as well as the university in Dhaka he entoled at having left school, and in an early display of determination and cussedness managed to persuaded his family he should attend.

The effect of material from decades ago being married and integrated with that which is newly shot creates an effect which is akin to memory itself. This is amplified by the film’s skillful sound design, masterfully produced by Claude Nouk, which intensifies the emotional charge of the film as well as painstaking recovering and teasing out from old tapes the sound of the protests against Muhammad Idrish’s deportation nearly forty years ago. This evokes how people generally think and understand their place in the world especially as they get older. Each of us lives in the moment, but we’re also always constantly conditioned and informed for better and for worse by our memories and past experiences, as well as the history and wider culture which we receive and engage with in the world around us.

In this way what the film achieves overall is a sense of being granted a gateway into Muhammad Idrish’s backstory, thoughts and the life he has led which has helped so many people. Towards the end of the film he wryly reflects that if he had not been threatened with deportation then perhaps he would have got bored of life in the UK, decided there was nothing here for him, and decided to go back to Bangladesh of his own volition. He reflects that he could not imagine his life in Britain without the sense of purpose, the contacts and friends that the anti-deportation campaign and his other left-wing activism gave him.

One thing that you have to take away from Idrish (ইদ্রিস), besides the value and beauty of solidarity as practised by the radical left and the trade union movement at its best, is what might have been lost due to the Home Office’s increasingly racist immigration policies implemented since the 1960s. Whilst Muhammad Idrish’s campaign and many like it succeeded in the 1980s and 1990s today it is harder than ever to be a migrant facing deportation in this country. Much of the film’s political charge, therefore, comes from throwing a pointed challenge at this situation and using Muhammad Idrish’s lifestory as a way of showing that through openness, solidarity and energetic campaigning anything is possible.

Additional piquancy in the form of the thoughtful and positive way the film approaches and embraces aging, and the wisdom gained from spending over seventy summers on this planet, comes from the rhetoric that has surrounded the COVID-19 crisis. This could not have been known in early 2020 when the Bangladeshi sections of the film were shot and most people were still blissfully unaware that coronaviruses even existed. However, at a time when many commentators, influencers and some in government have been denigrating the value of older people’s lives in the face of the COVID pandemic, it is both wonderful and utterly vital to see a film that is grounded in the insight and perspective that older people can provide.

All of these values are evident in the clear friendship between Muhammad Idrish and Adam Lewis Jacob – forged during  the reach for People Meeting in a Room at Vivid Projects – shines through in almost every frame. This intergenerational friendship between two people from very different backgrounds, again, shows that openness to each other and to experience, as well as the practice of solidarity can build very strong connections and bridges.

At one point in the film Muhammad Idrish says:

Idrish (ইদ্রিস) is firmly rooted in the soil of the second of these countries, and I certainly know which I would rather live in.

Header image for this piece is a title still from Idrish (ইদ্রিস) (UK/Bangladesh, 2021), by Adam Jacob Lewis (2021) all rights reserved

*The TURC Archive is a newly digitised 80′s archive, beginning with workers campaigns against discrimination, original campaign print materials and audio from TURC Video and the Birmingham Trade Union Resource Centre. This rich archive of community media and early media arts production was inherited by Vivid Projects in 2013. In 1991, with the support of the Economic Development Unit of Birmingham City Council and West Midlands Arts, TURC Video joined with the community arts organisation Wide Angle and in 1992 was established as Birmingham Centre For Media Arts – which traded as ‘VIVID’ until closure in 2012. The archive is now under the stewardship of Vivid Projects and former VIVID staff Yasmeen Baig-Clifford and Marian Hall.